The Fifth Amendment to the United States Constitution was adopted in 1791. It is part of the Bill of Rights, the first ten amendments.

Amendments 4-8 focus on the rights of people who are suspected of committing a crime or causing damage to others. The Fifth Amendment covers several topics, including the grand jury, double jeopardy, due process of law, and self-incrimination.

Let’s break down the Fifth Amendment and explain what each of these important concepts means. 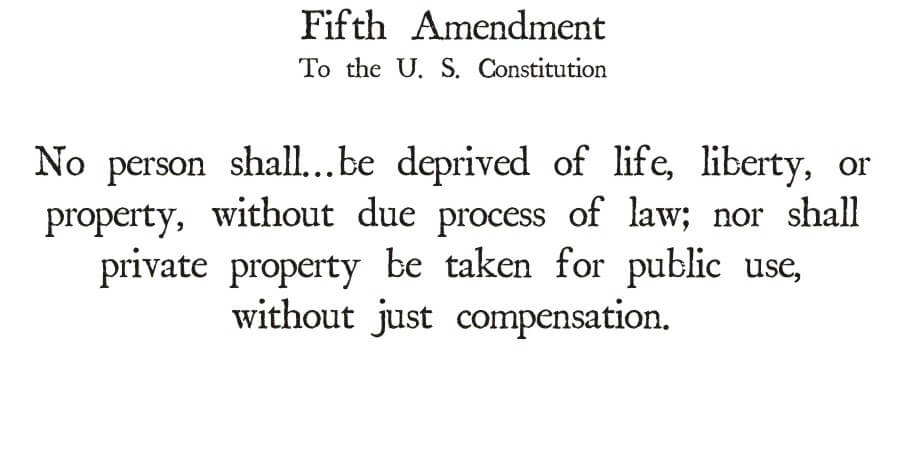 What does the Fifth Amendment say?

“No person shall be held to answer for a capital, or otherwise infamous crime, unless on a presentment or indictment of a Grand Jury, except in cases arising in the land or naval forces, or in the Militia, when in actual service in time of War or public danger; nor shall any person be subject for the same offense to be twice put in jeopardy of life or limb; nor shall be compelled in any criminal case to be a witness against himself, nor be deprived of life, liberty, or property, without due process of law; nor shall private property be taken for public use, without just compensation.”

The first part of the Fifth Amendment is about a grand jury. A grand jury is a group of people that helps decide if a case should go to trial.

The grand jury hears evidence from a prosecutor about potential crimes. If they think there is evidence to charge the person with a crime, they can issue an indictment. Then, a regular trial is held.

Grand juries are typically only used for serious crimes where the punishment may be death or a life sentence. All states have laws that allow for grand juries, but some states do not use them.

The next part of the amendment says that a person cannot “be subject for the same offense to be twice put in jeopardy of life or limb.” 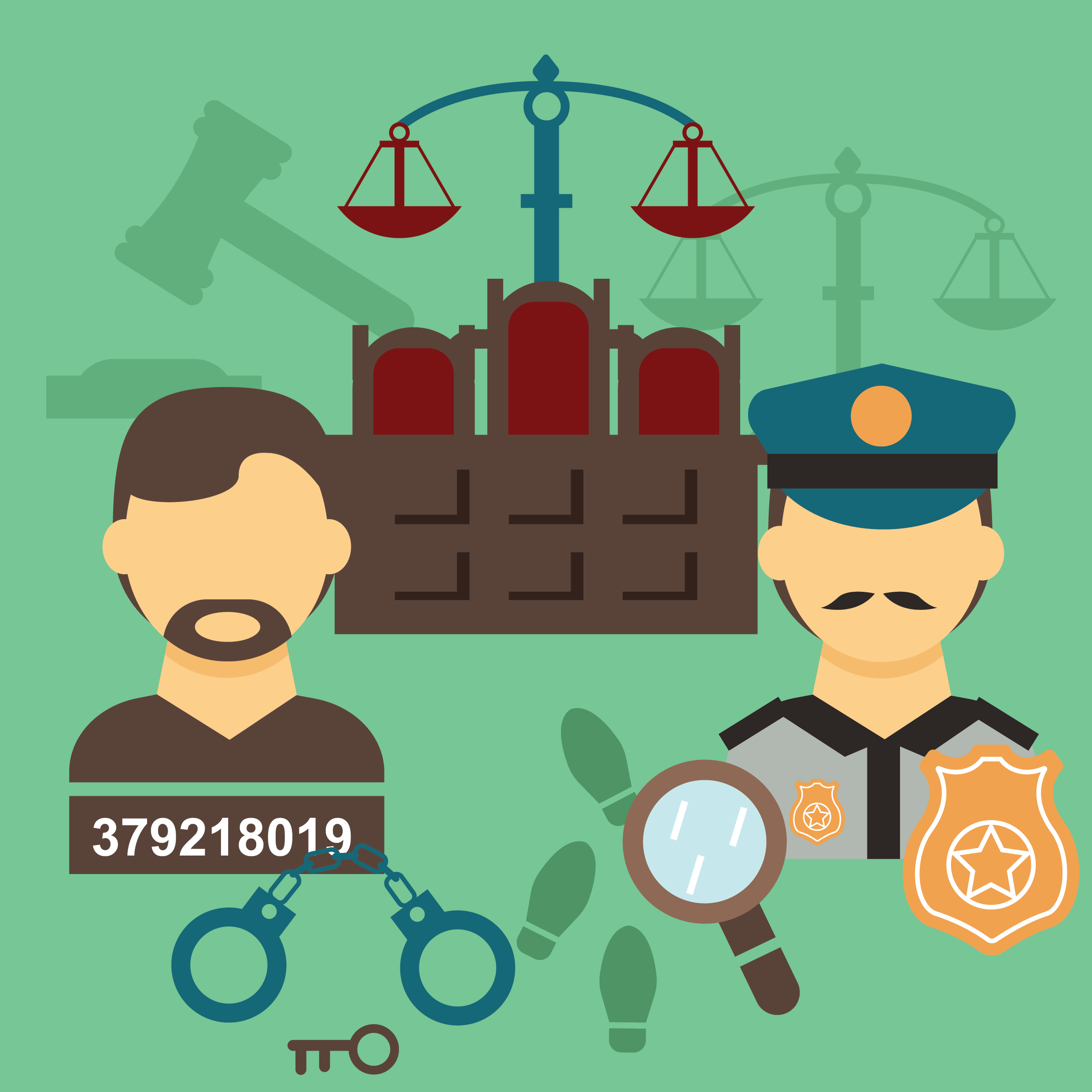 Next, the Fifth Amendment protects people from being “compelled in any criminal case to be a witness against himself.”

This right means that people don’t have to reveal to the police any information that might lead to their arrest or prosecution. Police can’t force someone to confess. Prosecutors must come up with other evidence to prove the case.

This is the most famous part of the Fifth Amendment. It’s why you’ve probably heard people say, “I take the Fifth,” or, “I plead the Fifth” on TV shows.

It’s also the reason police officers give a Miranda Warning before questioning someone about a crime: “You have the right to remain silent. Anything you say can and will be used against you in a court of law.” 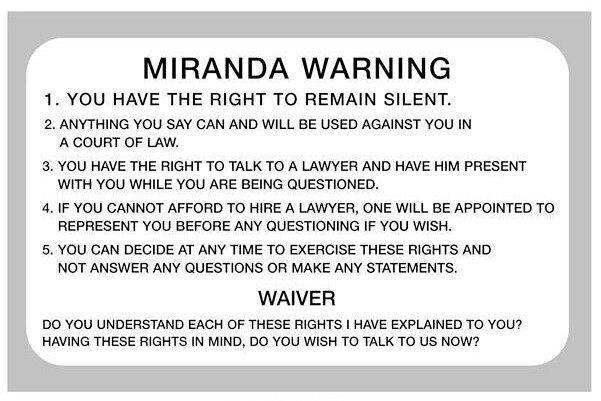 There are limits to the right against self-incrimination, however. This right applies only to speaking, writing, or nodding to indicate a confession.

Other types of evidence, like DNA, fingerprints, or hair and blood samples may be used. If someone confesses voluntarily, like in a diary or to a friend, this can also be used in court.

The right to due process was first recognized in 1215, when the Magna Carta was adopted in England.

“Due process” isn’t clearly defined in the Fifth Amendment. Historically, this right means that someone can’t be imprisoned for a crime without first going through a fair process.

People have the right to fair procedures, like trials, the opportunity to confront witnesses, the right to hire a lawyer, and so on. Most of these rights are described in constitutional amendments 4-8. 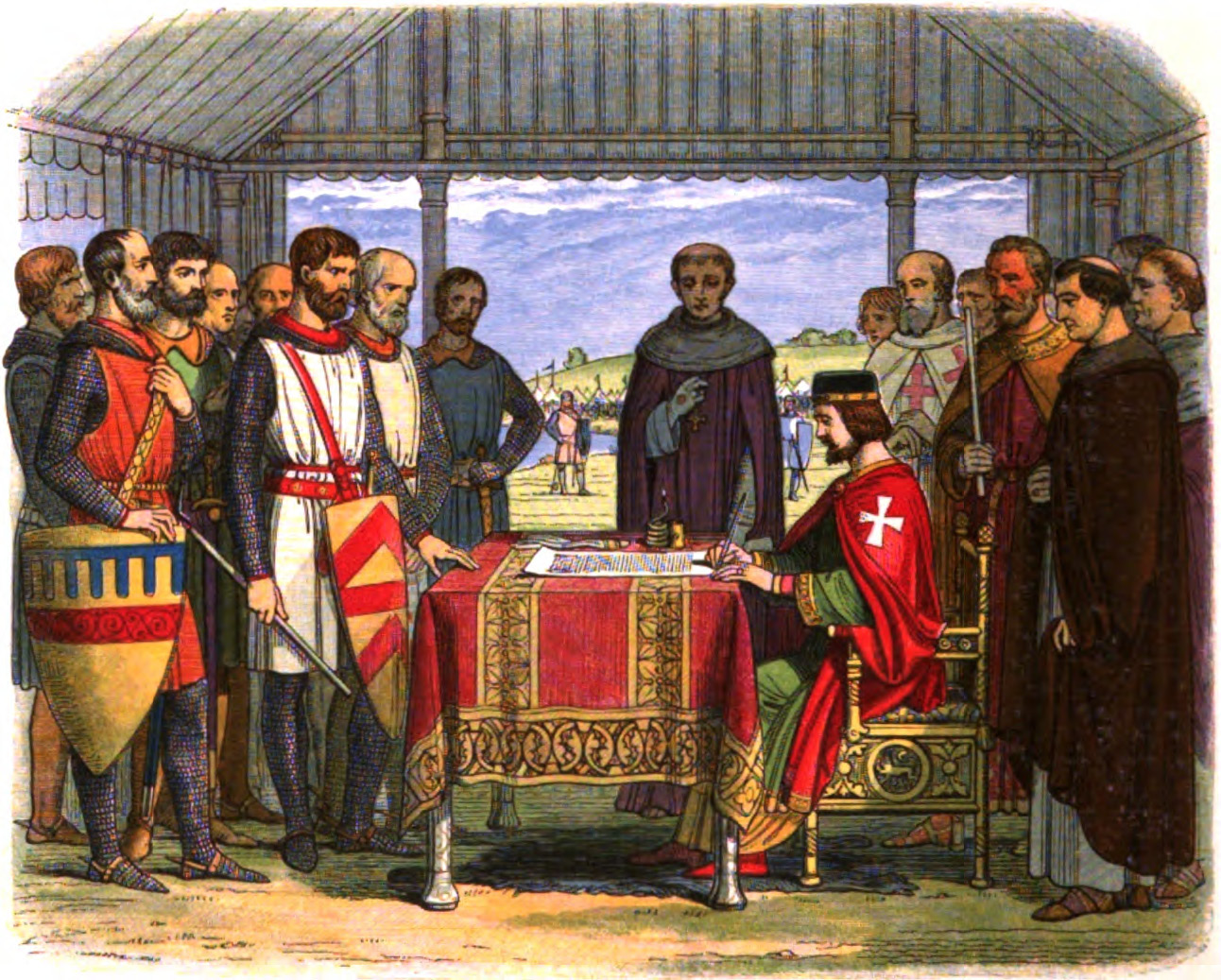 The last part of the Fifth Amendment is often referred to as “eminent domain.” It means that the government can’t take someone’s private property without paying a fair price for it.

The government does have the right to take private property for a purpose that benefits the public, like a highway or park. However, they must pay the owner a reasonable price.

Other Interesting Facts About the Fifth Amendment